Ferns are amazing this year 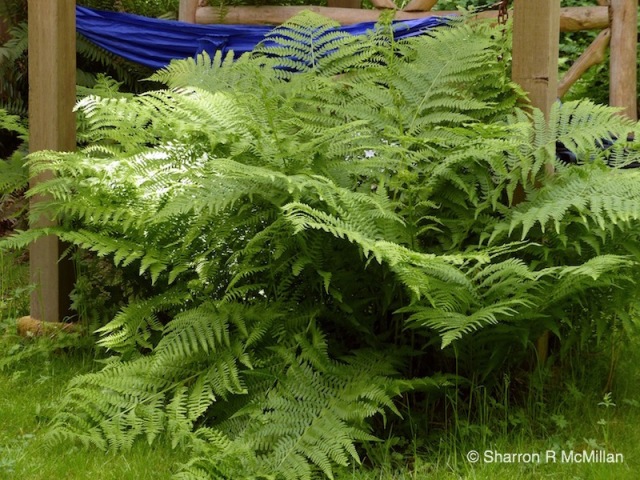 Natural. Wild herb to 6’ tall. Fern family. Only fern that is found world-wide and most widespread fern in BC in most coniferous forests.
Stems: Unlike most ferns, do not cluster from a compact base.

Fiddle heads can be eaten raw or boiled like asparagus when young.
Roots can be roasted after stripping and pounding to remove fibre. Contains much starch.
Avoid eating large amounts of raw fiddle heads because they contain an enzyme, thiaminase, that destroys thiamine in the body resulting in Vitamin B1 deficiency. Cooking destroys the thiaminase.

2 Responses to Ferns are amazing this year